Funeral Home for the Holidays

Matt: The holiday season is upon us, and that means it is getting busier than usual for most funeral professionals. I’ve always been curious as to why that might be. Maybe you’re reading this and shaking your head because it is not the same for you. From my experiences with multiple funerals homes here in North Texas, right around the start of November, people become more prone to passing away.

I used to chalk it up to the weather getting colder, but as I write this, it is 70 degrees in Texas in mid-November and we are still busier than usual. My theory centers on our society’s emotional attachment to the holiday season. Thanksgiving through New Years is a short window of time to cram a lot of feelings in to. Those who are actively dying are either
struggling to make one last holiday with their families (those that pass in November and December) or have made it through their holiday plans and feel they can pass in peace (those that pass in January or February).

Zach: The holiday season does present a weird phenomenon that I could never quite understand.  Yes, the sudden change of weather could play a major role in the spike.  I would tend to agree with Matt here in that it seems most people typically hang on and somehow fight through the holidays before passing on.  I believe it happens so much that most funeral homes expect and can typically plan to accommodate the sudden increase of volume.

I am nowhere close to having a medical degree, but I would like to think that the reason behind this is people giving it their all.  I also tend to believe that most people remain positive around the holiday season, especially when they are surrounded by a loving and committed family. Whatever the case,  I want to believe this to be true, just as my 7 year old and 3 year old still believe in Santa, I believe our sudden spike in volume is due to loved ones’ willpower to be with their family through the holidays.

I think this is also a perfect time to invest in holiday programs such as “Surviving the Holidays” or a Candlelight Remembrance Program.   Both of these programs are very easy to plan and execute and should definitely be an annual event.  Thanksgiving and Christmas present numerous ways to reach out to your community and build your relationship.  Simple things such as donating some Frozen Turkeys or delivering poinsettias to a hospice house go a long way.  If you are not doing these very simple things, believe me, someone else is! 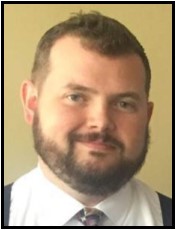 Zach grew up in Lampasas, Texas, where he graduated high school.   While attending SFA, he took a part-time job at a local funeral home. There, Zach discovered his passion for funeral service.  Zach graduated from the Dallas Institute of Funeral Service where he was class valedictorian and earned a degree in Funeral Sciences. Zach also has earned his Certified Funeral Service Practitioner (a certification above and beyond initial licensure) by being very active in his community and completing more than the necessary continuing education requirements. Zach was awarded the 2014 North Texas Funeral Director Association’s Young Funeral Professional of the Year as well as the 2014 Texas Funeral Director Association’s Young Funeral Professional of the Year. He serves on the board of the Texas Funeral Director Association Services Inc. and is on various other committees as well.  He is the funeral home manager of Lucas and Blessing Funeral Home in Burleson, Texas. Zach and his wife, Courtney are the parents of two boys: Myles and Owen.

Scattering in a Natural Area

Behind the Back Fence

Tips from the Back Room